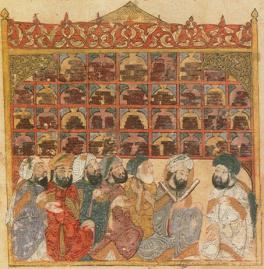 The Ohio State University is known to have one of the largest concentrations of faculty devoted to the study of the ancient world across the Mediterranean and the Near East, harbored in the departments of Classics, NELC, History, and Art History. Collaborative work across our affiliated departments is one of our strengths, and this program allows Classics Ph.D. students to take advantage of this interdepartmental strength. OSU’s faculty includes specialists in areas where Greek and Near Eastern intersections can be most fruitfully explored, such as Greek religion and myth; North-West Semitic languages and literatures; Second Temple Period, Jewish Mysticism, and Talmudic studies; Greek and Near Eastern mythologies and literatures, Phoenician colonization Early Christianity; Byzantine Studies; Graeco-Arabic Studies, late ancient Near East, ancient Iran; classical Arabic and Islamic Studies (see list of Faculty for more information).

Our graduate students (starting in 2014) are specializing in the intersections between Greek and Near Eastern literatures and cultures in different periods, with focuses such as the Northwest Semitic literatures, ancient historiography relating the Levant, Mesopotamia, and Egypt, the Roman east, and the Arabic translation movement. Besides following our Classics curriculum, they are studying Biblical Hebrew, Akkadian, Aramaic, Arabic, and Syriac (see list of Students).