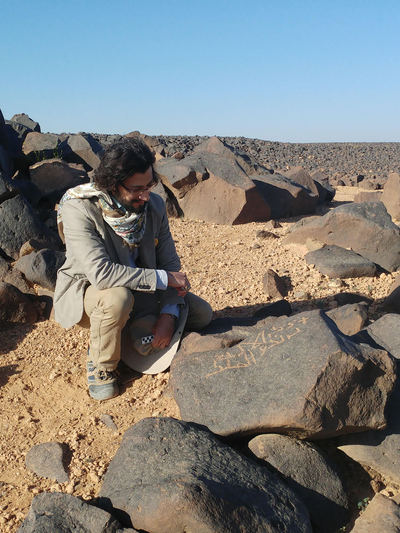 Affiliated Faculty member of the Department of Near Eastern Languages & Cultures

Ahmad Al-Jallad is a philologist, epigraphist, and historian of language. His work focuses on the languages and writing systems of pre-Islamic Arabia and the ancient Near East. He has authored and edited four books and nearly thirty articles on the early history of Arabic, language classification, North Arabian and Arabic epigraphy, and historical Semitic linguistics.