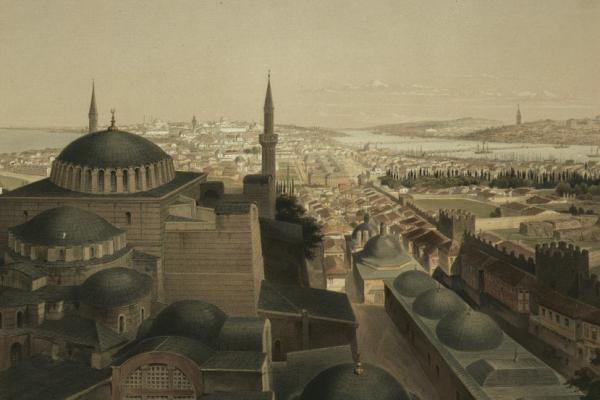 This two-day symposium is sponsored by the Department of Classics, College of Arts and Sciences, and the Discovery Theme Initiative. All events are free and open to the public. Registration is not required. Further inquiries can be addressed to Khalid Jama (jama.10@osu.edu).

Ünver Rüstem (Johns Hopkins University)
“Hagia Sophia’s Second Conversion: The Building Campaign of Mahmud I and the
Transformation from Mosque to Complex (1739–43)”

Asli Menevse (Cornell University)
“Dealing with ‘An Ancient and Venerable Monument’: The Fossati Restorations in Context”

Robert Ousterhout (University of Pennsylvania)
“The Temple of World’s Desire”

Hagia Sophia—the hallmark of Istanbul’s skyline—has led multiple lives. Almost 1500 years ago, the Byzantine Emperor Justinian I dedicated a basilica at the heart of the imperial capital, Constantinople, to God’s “Holy Wisdom.” Upon the Ottoman conquest of the city in 1453, Sultan Mehmed II converted the church into a mosque, providing a space for Friday prayer for almost five centuries. Today, the building is a museum and a monument of world heritage, a designation that makes it both a canonical work of Western art history and a lightning rod in current debates about cultural preservation and identity politics.

This current dynamic took shape during the long nineteenth century, when European travelers, architects, and scholars “discovered” Hagia Sophia's architectural significance and became involved in its representation and restoration. But what role did local actors play in the creation of Hagia Sophia as a modern monument, and did they create alternative views that stand in need of recovery? This symposium seeks out the audiences of Hagia Sophia beyond its Western interpreters, from Ottoman officials to the diverse communities of Istanbul. Chronologically bracketed by the major renovation of the building in the 1740s and its conversion into a museum in 1934, the symposium traces the gradual transformation of Hagia Sophia within the Ottoman imaginary from külliye (mosque complex) to eser (monument), that is, from lived space to archaeological artifact. Participants (historians of art and architecture, scholars of Byzantine and Ottoman studies) will address both the discourses that various actors constructed around the monument and the physical changes to its structure, decoration, and surroundings. 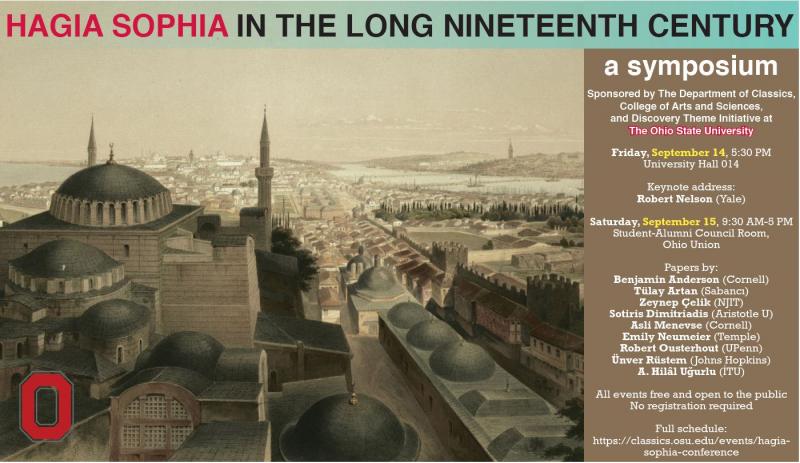