The Fritz Graf Fund for the Graduate Interdisciplinary Study of Ancient Mediterranean Religions was established in 2014 through the generous donation of one of Professor Graf's former graduate students. Its purpose is to provide support for the Graduate Interdisciplinary Specialization: Religions of the Ancient Mediterranean (GISRAM) and its students. The primary intended use of the fund is to provide support for graduate students' travel to conferences relevant to their developement as scholars of ancient Mediterranean religions. Any graduate student who has passed his or her candidacy exams and has declared an intention to earn the GISRAM certificate may apply for funding to the director of GISRAM; decisions will be made by GISRAM's faculty committee.

As a rule of thumb, two to three awards of between $500 and $1000 will be given out each year. Students may apply for more than one award, although some preference will be given to students who have not previously received funding. Funding may be used to attend a conference for any reason-delivering a paper, attending a session important to one's doctoral research, or getting to know experts in the field, for example. We encourage students to supplement GISRAM funding with funds available from their Departments, the College, or the University.

Since its inception, the Graf Fund has made more than twenty awards to GISRAM students.

The Robert L. and Phyllis J. Iles Award for Graduate Study of Myth

The Center for the Study of Religion at The Ohio State University oversees The Robert L. and Phyllis J. Iles Award for the Study of Myth, which annually bestows up to $4000 to an Ohio State graduate student in the Arts and Humanities who is working on myth, broadly conceived.  The award was established in 2012 by the children of Robert and Phyllis in appreciation of their parents’ support for the enjoyment and study of myth in particular and of the arts and humanities more generally. 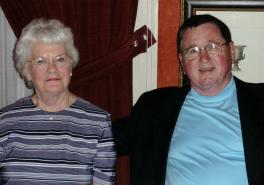 Studies of myth from any culture in any period of human history are eligible for consideration. For the purposes of this award, a “myth” is “a story that is sacred to and shared by a group of people who find important meaning in it, as conveyed through narrative, art or ritual.” Eligible projects include, but are not limited to: the relationship between myths and religious practices, the uses of myth in literary and artistic productions, and the reuse of one culture’s myths by other cultures. Possible approaches include, but are not limited to, the anthropological, the literary, the historical, and the folkloristic, as well as creative approaches that aim to re-present a myth as part of a new artistic product.

For further information and a list of past recipients, see https://religion.osu.edu/awards