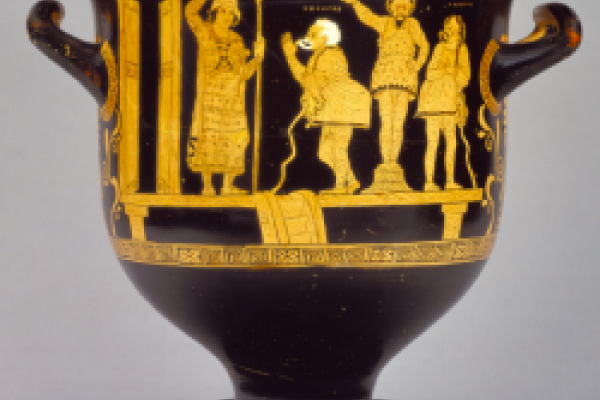 The poetic and dramatic culture of early 5th-century Sicily offers a new framework for the interpretation of Aeschylus’ Persians. In this talk, I argue that Aeschylus, that most Sicilian man, as Macrobius later reflected, composed his playfor Syracuse’s theater, Sicily’s tyrants, and the western Greeks’ hybrid and unconventional dramatic scene.

Image of Aegisthus, two Choregoi and Pyrrhias on an Apulian bell-krater (400-380).