Mark Kauntze: Dwarfs on the shoulders of Dwarfs: Glosses on the Cosmographia of Bernardus Silvestris 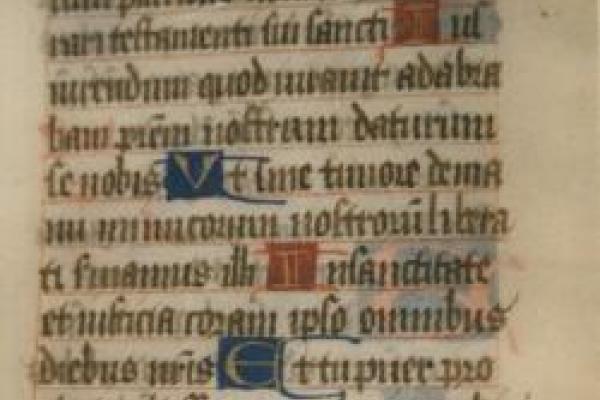 According to a famous twelfth-century saying, contemporary philosophers were like dwarfs sitting on the shoulders of giants, capable of seeing just a little bit further than the thinkers of antiquity. This combination of reverence for the past and confidence in the present produced a number of Latin writings that achieved a level of auctoritas second only to the ancient texts by which they were frequently inspired. As with manuscripts of Virgil, Ovid and other ancients, the ambitious poetic compositions of writers such as Bernardus Silvestris, Alan of Lille and Walter of Châtillon were often transmitted with a substantial apparatus of explanatory glosses. Yet whilst the traditions of medieval commentary on classical texts are becoming increasingly well understood, the glossing and wider reception of these influential moderni remains largely unexplored. This paper will examine a corpus of around 450 previously unstudied medieval glosses on the twelfth-century Cosmographia by Bernardus Silvestris. One interesting aspect of these glosses is that they force us to look again at the traditional division in the historiography between the Platonizing, mythographic philosophy of the Early Middle Ages and the more analytic, Aristotelian natural science of the later medieval universities.