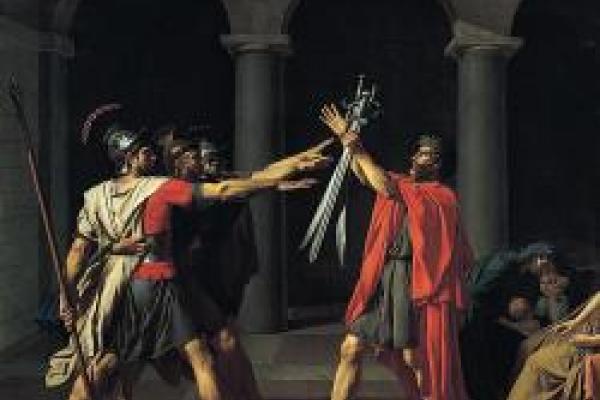 Loyalty, like love, can be driven by a range of motivations: an emotional experience, the desire to maintain tradition, or practical self-interest. In the ancient world, loyalty to family and state are presupposed as static and near-universal values of which famous instances are employed as models for other loyalty-relationships. Yet even the claims that family and the state could make upon their members are not self-evident. How did these institutions maintain their claim and react to changing circumstances? How, more generally, did individuals and institutions establish and maintain their roles as objects of loyalty? Did they look to traditional models or did they frame their claims in opposition to them? Can we see repeated patterns or common strategies either in the historical record or in literary accounts?

The aim of this colloquium is to investigate the creation of loyalty in the ancient world by examining the recurring patterns of action and language that surround the establishment of these bonds. It will pursue this theme through two distinct avenues: lived loyalties as we can access them through the historical record and literary representations which pose questions about the nature and creation of loyalty. Historically, how did the development of loyalty work within and between societal groups, for example in the foundation documents that established relationships between colonies and mother cities?  How did Roman military leaders encourage loyalty from their troops? How did ancient imperial powers like Rome and Athens attempt to create loyalty in the people they governed? Did cults like those of Isis or Cybele develop a following among the Roman population by working themselves into the traditional language of loyalty or by emphasizing their supposed foreignness?

Likewise, we are interested in exploring how ancient authors conceptualized, portrayed, and made use of the creation of loyalty. How did authors use moments when bonds of loyalty are created – or fail to materialize –to characterize figures in their works or to comment upon broader themes? How do Livy’s Sabine women model the character he imagines for his Rome? Can the elegists be said to undertake a claim of loyalty upon their puellae and, if so, how do these claims, regardless of their validity, help to construct the poet's elegaic persona? Did early  Christian communities frame their rejection of pagan culture in terms of loyalty and, if so, how and to whom?

Please address any questions to Hanne Eisenfeld or Marion Kruse